Upon arrival at the airport , the guests will be welcomed by our local guide. Check in the hotel . Free time .Visit of the city.

Breakfast in hotel. Get to know the highlights of Sofia including the gold-domed Alexander Nevski Cathedral, the onion-shaped church of st. Nicolas, the church of St. Sophia which gave the name of the city, the monument of Tsar Liberator, The Rotunda of St. George, which is the best preserved Byzantine building in the country, the medieval chapel of St. Petka, Ottoman- time mosques, the ruins of ancient Roman Serdica and some more. You will visit one of Sofia's newest museums housed in the city former public baths - the History Museum of Sofia.  In the afternoon we drive to Rila mountains (the highest on the Balkan Peninsula) to see one of the nine UNESCO World Heritage Sites in Bulgaria – the Rila Monastary.  Overnight in Rila.

Breakfast in hotel. The Rila monastery  is definitely a must see for every visitor of the country. Nestled amidst the centuries old forests of Rila National Park, this monastery is a sanctuary of Bulgarian literature and spiritual life. Founded in the middle of the 10th century by St. Ivan of Rila it played a key role in preserving Bulgarian culture and language during the centuries. See the monastery church with its amazing frescoes painted by the most famous Bulgarian finest artists from 19th c. In the afternoon proceed to Kalambaka. Overnight.

Breakfast in hotel. Meteora Tour. Meteora is a religious place with many Byzantine churches and monasteries. It is formed by 24 churches placed on a great impervious rock formation, in the past almost inaccessible. The first churches were built for hermits and monks in order to isolate themselves from the rest of the world, others were built during the fourteenth and fifteenth century to refuge from the Ottomans.  Transfer to Ioannina. Free time. Visit of the city. Overnight in hotel.

Breakfast in hotel. Visit of Ioannina, the largest city of the Epirus region. Built on the shore of Pamvotis Lake, 500 meters above sea level, the city charms all visitors with its beauty and the warm atmosphere. It is a city of 100,000 inhabitants with a centenary history.  In all the streets and in all the squares there are traces of its culture and tradition. Transfer to Saranda. Overnight.

Breakfast at the hotel. Transfer to the archaeological park of Butrint. Butrint was mentioned by Virgil in the Eneid. The city is located across the sea from the Greek island of Corfu, and is one of the most important archaeological sites in the Mediterranean, declared "World Heritage" by UNESCO. The city retains Greek ruins; imposing Roman monuments; an early Christian Church and an Ottoman fort. Butrint has been inhabited almost continuously, from the 8th century B.C. and played an important role in the first Peloponnesian War.

Free time for lunch at a local restaurant near Ksamil. In the afternoon visit the city of Saranda. Hotel accommodation and overnight in Saranda.

Breakfast in hotel. Departure for Vlora routing the road between the mountains and the sea. Short stop to Porto Palermo to visit Ali Pasha castle. Visit of Vlora city. Overnight.

Breakfast at the hotel. Depart to Berat, UNESCO site,  called the "city of a thousand windows", divided into an "upper town" of 14th century origin, rich in Byzantine churches; and a "low town". adorned with numerous ancient mosques. Its famous districts are the Castle, Mangalemi, and Gorica. Even today, its citadel is inhabited by more than a thousand families.  There are countless places of interest in and around the Castle, including early Christian churches, the Cathedral of Santa Maria, and the many mosques built in the 14th, 15th, and 16th centuries. Transfer to Durres.

Explore the city of Durres, one of the most ancient cities in Albania, which has the largest port in the country and is the second largest industrial center after Tirana. Durres is located on a small peninsula on the Adriatic coast. The city was colonized by the Greeks in 627 B.C. and was named Epidamnos, later becoming known as Dyrrachium.  From the Venetian Tower near the harbor, the medieval city walls take you to the Roman amphitheater (capacity 15,000 spectators), the largest in the Balkans, dating back to the 2nd century B.C. The amphitheater contains a Christian crypt with a rare mosaic. Durres has Roman and Byzantine ruins and a beautiful archaeological museum.

Breakfast in hotel. Departure for Kruja, a small town located in northeast of Tirana, 560 m above sea level. Kruja has been inhabited since the third century B.C. It was accredited for the first time as a Christian religious center in the year 879. The famous English painter Edward Lear, who visited Kruja in 1848, wrote: "Kruja, a charming little town nestled in the sky." Visit the castle, its typical Ottoman bazaar, the Museum of Skanderbeg and the Ethnographic Museum. Continue to Tirana capital city of Albania. Visit of the city,  The Ethem Bey Moschea, the Skanderbeg Square, the Bunk Art Museum Accommodation in a 4* Hotel.

Breakfast at the hotel. Transfer to the ancient city of Ohrid.  On the way visit the castle of Elbasan and the city of Pogradec on the albanian side of Ohrid Lake . Free time for lunch. Arrivel in Ohrid in the late afternoon. Free time. Overnight.

Breakfast in hotel.  Located on the shores of Lake Ohrid, the town was declared a World Heritage in 1980. Thanks to the efforts of St. Clement and St. Naum of Ohrid, the first pan-Slavic University in Europe was founded. The visit comprises of the Church of St Sofia (11th century), the most important medieval monument in Macedonia with magnificent Byzantine frescoes, paintings, and the San Clemente church with the icon of the Annunciation.

Transfer to Bitola. A short tour of the city of Bitola, famous for its churches, mosques and bells. Bitola was part of Serbia in the fourteenth century and until1912 was under Turkish rule. For many centuries, Muslims made up the majority of the population of this city, while villages were populated by Slavic Macedonians. Bitola was previously known as Monastiri Transfer to Heraklea, famous for its mosaics, ancient theaters, and Roman baths. It is the best-preserved city of the ancient Macedonian empire in the country. Founded in the fourth century B.C., it was conquered by the Romans two centuries later. It was built on the Egnatia Road and became one of the major population centers of the trade route. From the fourth to the sixth century B.C., Heraclea was also an Episcopal center. The earliest excavations date back to the First World War when the ancient glories of the Old City were revealed. Magnificent Roman baths, the Episcopal center, the Baptistery, a Jew temple, portico and a Roman theater are now used for summer concerts and theater shows, preserved in excellent conditions. Overnight in Ohriid.

Breakfast at the hotel. Transfer to Skopie. Free time for lunch. Tour of Skopie, city in the west where you can find the signs of East as it was under the rule of Ottoman Empire for a long time. We will spend some time in the old town visiting the Daud Pasha baths, the imposing Mustafa Pasha Mosque or the bustling old market area. Overnight.

Breakfast at the hotel. Continue the visit of Skopie. In the afternoon depart for Sofia. Overnight.

Breakfast at hotel and free time in  Sofia.  Depart to the airport.

End of our services.

If you Cancel your Holiday 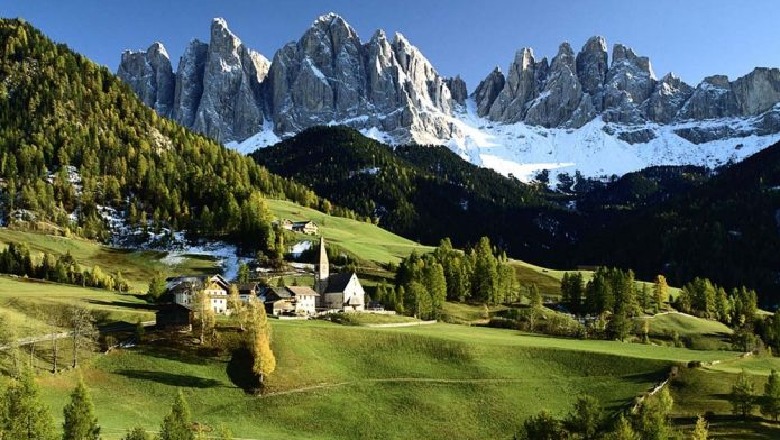 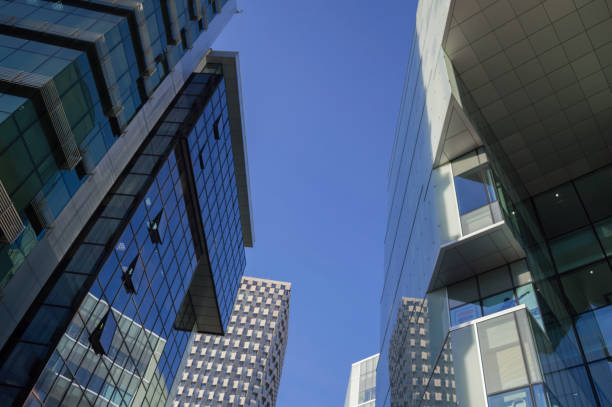 View Details
Korca, The City Of Serenades And
4 Nights 5 Days 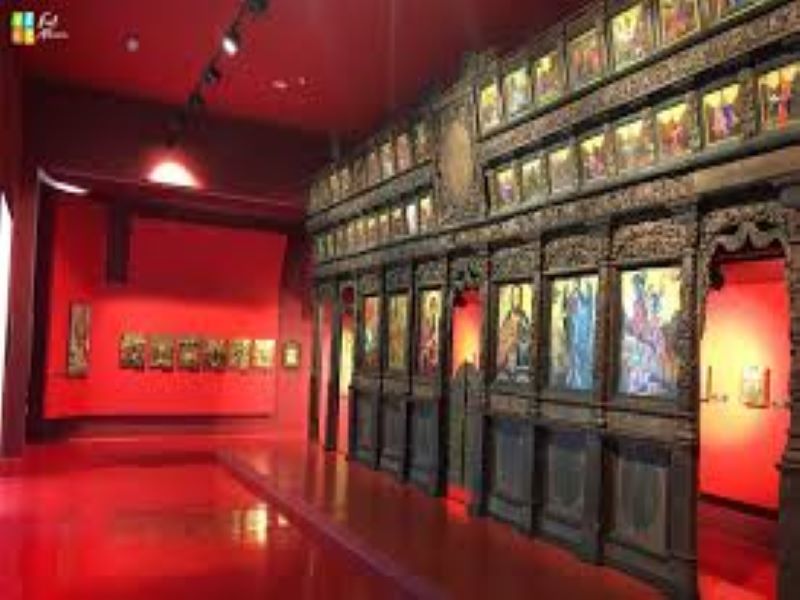 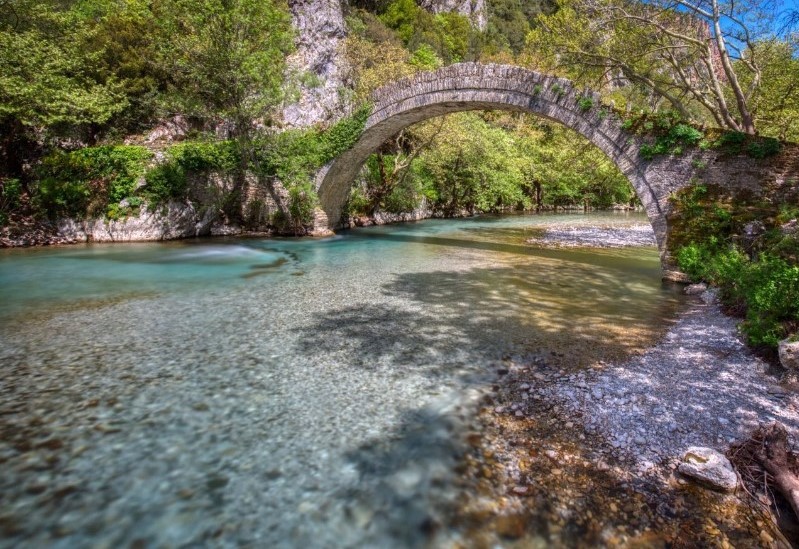